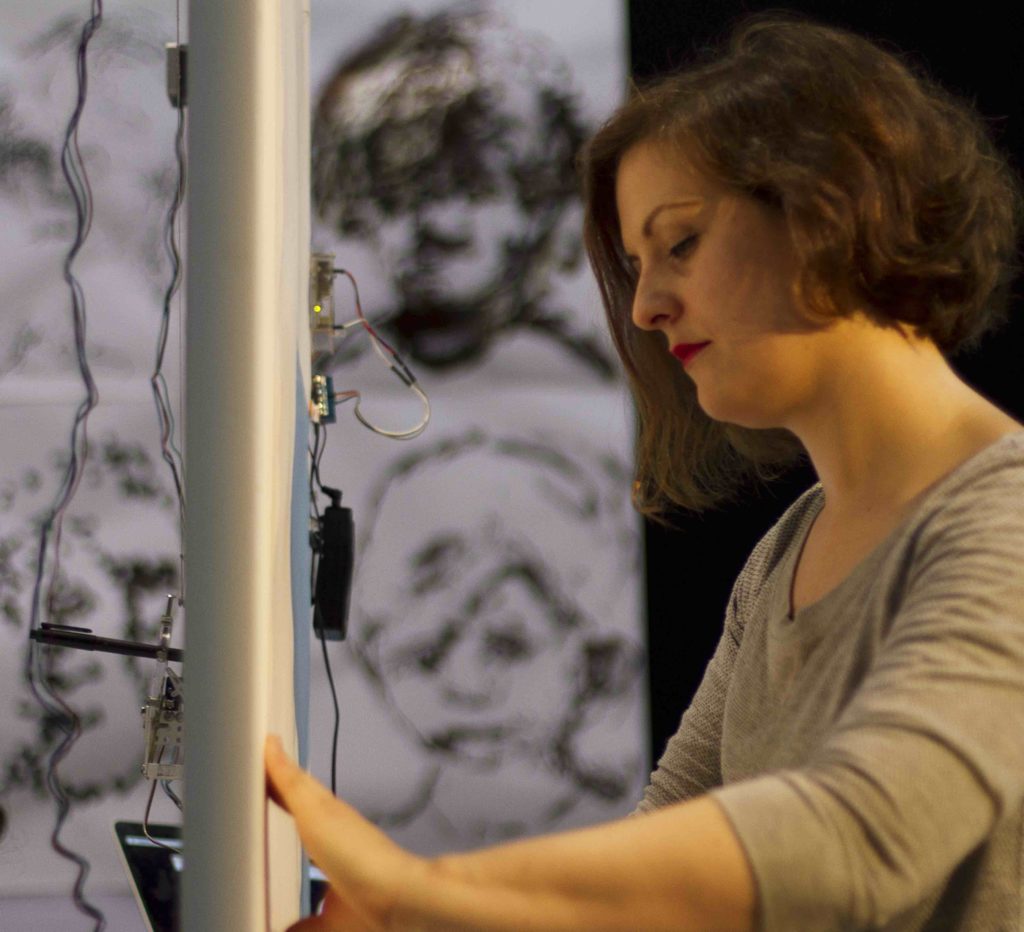 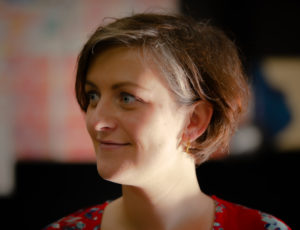 Cristina Hoffmann is a visual artist who likes to play across cultures, disciplines and systems of  action.
Questioning her previous career as a designer and her engineering training, she creates artworks which combine traditional and new media. She uses materials and techniques as varied as as robots, archives, maps, electronic interfaces, lights, drawings or texts.
Through her work-in-public projects she builds on these mediums with performance and participative experiments, that explore new contexts of interaction and collective research between the artist and the public. These are set up in collaboration with cultural institutions as well as private companies and associations.
Cristina had her first solo show in Paris in 2018 and her work has been shown, amongst others, in the International Biennal of Digital Arts of Enghien-les-Bains, and the National Museum of Singapore.
Before setting up her art practice, she worked for 10 years on human-centred innovation for the tech industry. There, she specialised in creating new services, systems & interfaces that allowed new modes of interaction between people and with machines.
Today she continues to engage in public speaking where she shares her work and her thoughts on creating, interacting with technology, human connection and the management of uncertainty.
Cristina holds engineering degrees from the Polytechnic University of Madrid (UPM) and the National School of Advanced Techniques of Paris (ENSTA). She has lived and worked in France, Spain, England, Italy and the U.S.A. and has also closely collaborated with the UK, Japan, Israel and The Netherlands. Spanish born in Mexico, today she lives and works in Paris, and continues to develop her work internationally.